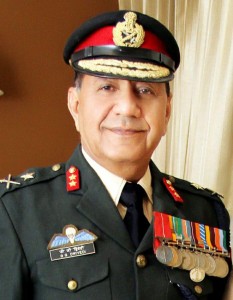 As India and China are engaged in a stand-off in the Galwan Valley,
Maj Gen GG Dwivedi (retd) shares his insight into the current situation. He has commanded 16 JAT in Siachen (Durbuk Pangong Tso area), a brigade in the Kashmir Valley and Mountain Division in the North East and also served as India’s defence attaché in China and North Korea from 1997 to 99. He is currently a professor of strategic and global affairs.

China considers it opportune to push its agenda regarding disputed areas as the world is battling the Covid-19 pandemic. Further, President Xi Jinping is under pressure due to slowing down of the Chinese economy. Also, China does not want India to develop infrastructure in Ladakh. —Maj Gen GG Dwivedi (retd)

Can you explain the difference between the LoC and the LAC?

A: There is a tendency to compare the Line of Control (LoC) and the Line of Actual Control (LAC) but these are two distinct terms. We have International Border and LOC with Pakistan and LAC with China in Jammu and Kashmir. LoC is like a de facto border and manned by troops deployed on the either side. In contrast, LAC is neither delineated nor demarcated. It is based roughly on the positions held by both sides towards the end of 1962 war. As a result, both sides have their own interpretation. In the Ladakh region, it generally corresponds with the Chinese claim line as China captured most of the Aksai Chin area in the 1962 war. However, there are a number of contested points where the two sides have a varying perception. In the middle sector and eastern sector (Sikkim and Arunachal Pradesh), the LAC is by and large aligned with the McMahon Line.

Can you give a brief overview of the border issue between India and China?

Though no official boundary has been negotiated between India and China, the Indian Government considers a line similar to the Johnson Line of 1865 as the boundary, according to which Aksai Chin is a part of India. The Chinese Government, however, considers a line similar to the McCartney-MacDonald Line of 1899 as the boundary which is well to the west of Johnson Line. The 1913-14 Shimla Convention between Great Britain, China and Tibet defined the boundary between Tibet and British India, which later came to be known as McMahon Line. But China declined to sign it. After China annexed Tibet in 1951, the two countries started sharing boundary. China initially did not raise the border issue as surreptitiously it was constructing a highway from Kashgarh in Xinjiang to Lhasa in Tibet in the 1950s which passed through Aksai Chin. When India learnt of this in 1959, it raised the matter with the People’s Republic of China (PRC). This is how the border problem started, ultimately leading to the 1962 Indo-China war. Incidentally, the opening shots of the war were fired from the Galwan Valley.

Why do you think that the LAC has not been defined as yet?

Chinese has kept dragging their feet on the issue as it is not in their interest to resolve the boundary imbroglio. The PRC has often used the border issue as a tool to build pressure on India.

Why has China created the trouble amid the pandemic?

China is known for creating problems when it is confronted with internal and external issues. At present, China considers it opportune to push its agenda regarding disputed areas with Taiwan, South China Sea and the LAC, as the world is battling the Covid-19 pandemic. Further, President Xi Jinping is under pressure due to slowing down of the Chinese economy and a global outcry holding China responsible for the pandemic. Also, China does not want India to develop infrastructure in Ladakh as presently they have a definite edge over us. The Galwan Valley is important because from there, China can dominate Durbuk- Daulat Beg Oldi (DBO) road that India constructed recently. China also has high stakes in the Pakistan-Occupied-Kashmir (POK), too, as the China Pakistan Economic Corridor traverses through the region. It has also invested in various projects in the POK, including the proposed $9 billion Daimer-Bhasha Dam.

What are the options before India in present situation?

Our aim is to restore the status quo ante that existed in April which implies that the PLA has to pull back. To ensure this, adequate pressure has to be built on China through various means, including military, political, diplomatic and economic

Why has not the Chinese media reported on casualties suffered by their troops?

China has an authoritarian rule and a state-controlled media. The communist leadership employs media as an instrument to spread its propaganda and fight an information war.