Barely 11, I was set to begin the nine-year trudge in pursuit of a cherished dream to serve the nation in uniform. 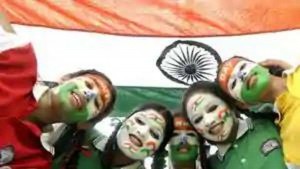 It was early morning on August 16, 1962, as we disembarked at the New Delhi railway station after an overnight journey from Jalandhar. With the coolie lugging my freshly painted box and new holdall, we headed for the waiting room as GT Express to Madras was in the afternoon.

The newspapers at the Wheeler Bookstall on the platform carried highlights of the Independence Day celebrations. Spontaneously, I shared with dad the memories of Independence Day proceedings at the Red Fort I had witnessed a few years earlier.

On the third day we were at Vijayawada. It was the first time I feasted on steaming hot idlis served with coconut chutney. Late in the afternoon, the train made sluggish entry into Madras station, dot on time. In the evening, we boarded Blue Mountain Express and arrived at Coimbatore in the morning. Most people, including porters, could communicate in English so we had no problem in finding our way.

Amaravathinagar, a hamlet nestled in the foothills of the Nilgiris, was a four-hour bus ride from Coimbatore. Finally, after a four-day journey, I was at Sainik School. Barely 11, I was set to begin the nine-year trudge in pursuit of a cherished dream to serve the nation in uniform.

We were around 150 of us in the first batch, coming from distant parts of the country, including Andaman and Nicobar Islands. While a few were wards of senior officials, most of us came from middle-class families. We shared one identity: Everyone had made it on merit through a competitive exam. Those whose parents could not afford to pay the school fee were given financial assistance by the state governments.

Our class of 20-odd included Anwar, Ranjit Singh and Peter. Initially, Ms Murphy was our class teacher. Later, it was Mr John from England, who was also our English teacher. Many local boys were proficient in Hindi. Soon those of us who came from the North were fluent in Tamil. Even today, conversation in Tamil with waiters at restaurants invariably earns me a complimentary helping of sambar.

The topics during the morning assembly highlighted India’s uniqueness, unity in diversity. This was evident on the sports field, too. In cricket, Sukhjeet Singh spearheaded the pace attack with Balakrishnan, the spin artist. Hockey forward line was anchored by Ravinder and self, Sunder the star goalkeeper. Similar was the case in other games and disciplines. This synergy and peer group learning was the main reason for our school’s outstanding all-round performance.

Five years on, half the class made it to the National Defence Academy. Over the next four years, during the pre-commission training, the idea of India we had imbibed in school was etched in our DNA, nation first always. Here on, repeatedly responding to the call, in the finest traditions of the army, became a way of life.

A few decades later, when I was faculty at Staff College, I happened to visit my school. Surprisingly, the whole environment had changed.

Over a period of time, the administrative control of Sainik Schools changed hands from the Centre to the states. Now, only students with domicile status are eligible to join Sainik Schools in their respective states. The multi-cultural identity of the school is now a matter of the past.

Reflecting on bygone times, India an idea stands overshadowed by the rising frenzy of sons of the soil syndrome and politically motivated narrow parochialism. Our generation owes to posterity to reverse this phenomenon. No sacrifice is too great for this cause.