Theaterisation being a key to jointness, General Rawat had put forth proposals to reorganise the current service specific commands with diverse geographic areas of responsibilities into homogeneous operational entities.

The untimely demise of General Bipin Rawat, the first Chief of Defence Staff (CDS) in a tragic MI17V5 helicopter crash on 8 December 2021 near Coonoor, Nilgiris Hills, in Tamil Nadu came as a rude shock to the whole country. The calamity could not have struck at a worst time, given the nation faces unprecedented security challenges and the process of transformational military reforms was just beginning to take shape under the helmsmanship of the CDS. While the nation lost an illustrious military leader, 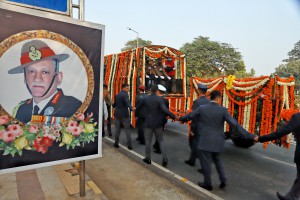 New Delhi, Dec 10 (ANI): Funeral procession of late Chief of Defence Staff (CDS) Gen Bipin Rawat and his wife Madhulika Rawat from their residence to Brar Square in Delhi cantonment, where they will be cremated with full military honours, in New Delhi on Friday. General Bipin Rawat along with his wiife and 11 armed forces personnel killed in Helicopter crash in Coonoor on Wednesday. (ANI Photo/Amit Sharma)

Every kilometre we covered brought a seismic change to the destiny of thousands of people—liberation from brutal oppression unleashed by the Pakistani Army.

It was the night of 3 December 1971 when our Battalion-14 JAT, part of 301 Infantry Brigade, 23 Infantry Division moved out from the firm base near Agartala on the East Pakistan border, to join the war. Enroute to the objective, our leading patrol had an encounter with the enemy during which 8 Pakistani soldiers were killed. 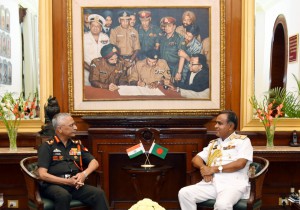 This marked the beginning of the fortnight-long odyssey, which culminated in a historic victory and reconfigured the map of the Indian subcontinent. Personally, for me, joining the battalion towards the late evening of 1 December, as Second Lieutenant straight after getting commission from the Indian Military Academy, I was destined to be baptised in the war zone.
The real action commenced on the morning of 4 December, with the “D” Company along with Armoured Squadron 7 CAV leading the attack to capture the Lalgarh-Mian Bazar. Bold offensive action by the Armoured proved decisive in the battalion capturing its objectives. However, the success came at a price: the Armoured Squadron lost three tanks, had 10 casualties with one fatal and the Battalion had 9 killed and wounded.
Two days later, on the night of 7-8 December, our Battalion went on to capture Comilla town, a strategically important communication centre, single-handedly. It was a bloody battle, as evident from the casualties; the enemy suffered 42 killed, with 17 of our own killed and wounded. Company Havildar Major Kishen Singh of my Company displayed extraordinary valour when he went on to destroy two enemy machineguns by himself, getting mortally wounded in the process; and deservingly awarded the Vir Chakra. Having been battle inoculated two days earlier, missing a direct artillery shell hit by a whisker, I was in for a defining experience—a close quarter firefight while engaging the vehicle of Major Shah Nawaz, 2 IC 23 Punjab of the Pakistan Army. He was later taken prisoner in a wounded condition.
In the morning when Comilla fell, the Army Commander, Lt Gen J.S. Aurora personally complimented our CO, Lt Col L.N. Sabharwal for the battalion’s outstanding performance. The overwhelming welcome accorded to us by the local citizens was indeed emotional and deeply touching. Here on, we advanced across the vast golden-brown paddy fields and endless water bodies as we inched towards Dhaka.
Every kilometre we covered brought a seismic change to the destiny of thousands of people—liberation from brutal oppression unleashed by the Pakistani Army. Scantily clad, with misery written large on the faces, hapless brave hearts hysterically narrated the horrid stories of terror and torture. Devastated and battered, their hutments barren and bare, what kept them going was sheer conviction; hope never dies. The only words that were discernible in their chocked voices were “Bandhu”, “Mukti Bahini” and “Joi Bangla”.
By 14 December, we had traversed nearly150 km on foot and crossed the mighty Meghna River to capture Narayanganj Garrison, a major town on the outskirts of Dhaka. It entailed clearing well prepared advance positions at Bandar and Madanganj. The attack on Bandar Railway Station on the night of 15-16 December turned out to be another fierce battle, with the enemy putting up a last ditch fight. Both sides suffered heavy casualties; the enemy’s 42 killed, against our 29 wounded. While attack on Madanganj was in progress the news of the Pakistani surrender was in the air.
As we approached Narayanganj, the town wore a desolate look. All of a sudden, people began to show up on the streets, many were holding a piece of green cloth with an orange circular patch, symbolising Bangladesh national flag, chanting “Joi Bangla”. There was an outburst of emotions, a mix of agony and ecstasy; the frenzy of revenge was looming large. Now it was the colluders and collaborators who were on the run.
By the evening we deployed astride the banks Buriganga River. It was for the first time since the start of war that we had a proper wash and a hearty meal, with puri-halwa prepared from the captured rations being a rare delight. Despite the moonlit night, the serenely flowing river wore a ghastly look, with a number of bodies floating there—a tell-tale sign of the last minute carnage. The uneasy calm was occasionally shattered by victory shots or barking dogs, busy digging up the shallow graves on the wayside.
Strolling past the resting men of my platoon, I found a few were peacefully snoring, while the others were tossing and turning on their sheets on the ground, yet to reconcile to the fact that the war was over. In a sombre mood, they were scanning the sky, perhaps searching in vain for their fallen comrades.
For the Bangladeshis it was a nine-month long ordeal, having endured horrific atrocities and indignation, the ugliest side of humanity. The dawn was yet a few hours away but the time appeared to stand still, awaiting the new-born nation to announce its arrival.